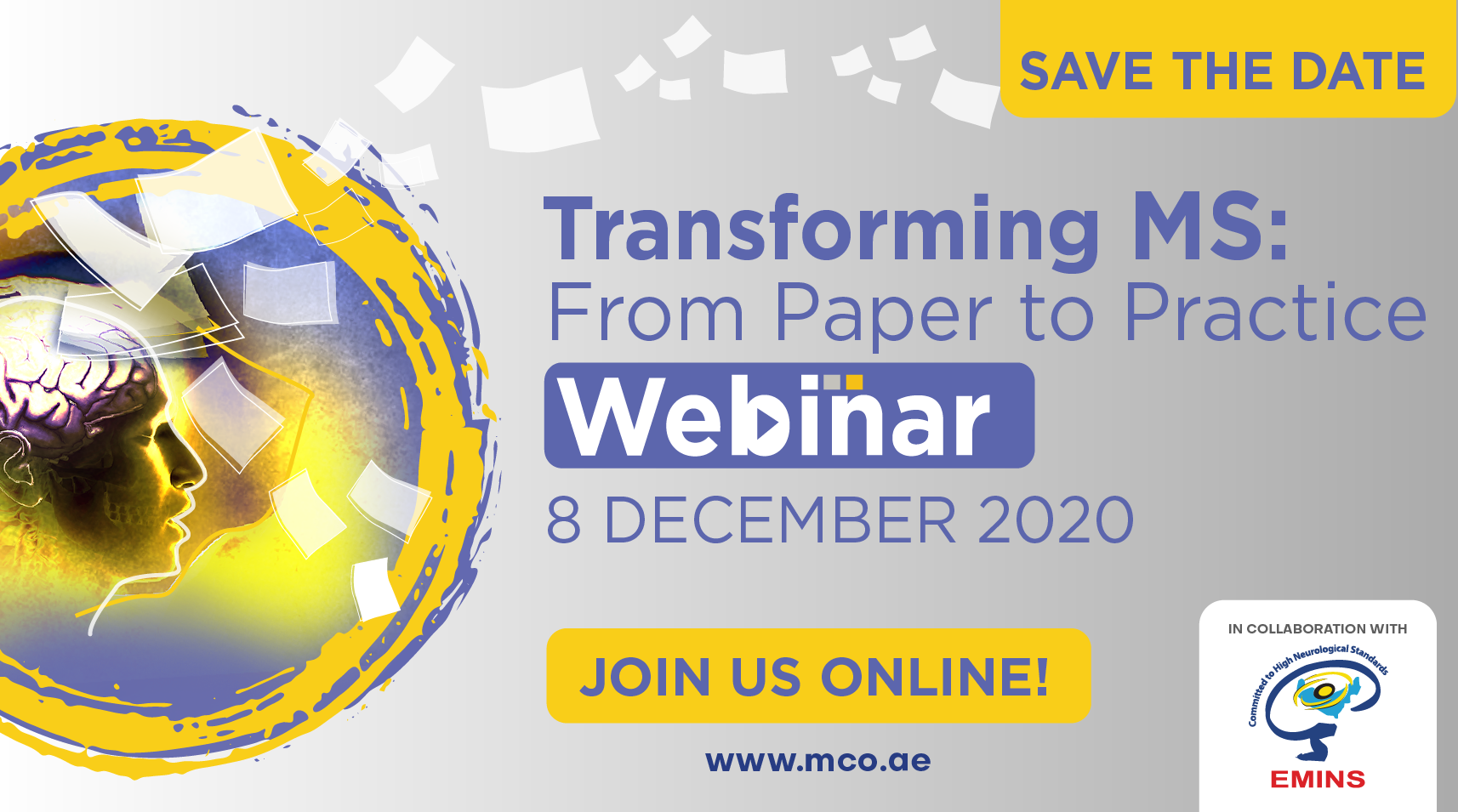 The increased participation seen in this session, which was a follow-up to the previous Transforming MS webinar, has undoubtedly demonstrated the importance of the topic and event. The question and answer session of the webinar, which saw a 40% increase in the number of participants compared to the previous session, was very interactive and rich with a wide variety of questions.

Dr. Taoufik Alsaadi has emphasized the importance of early intervention before multiple sclerosis patients reach the last stage of accumulated disability. He explained the characteristic components of the disease, which they experience to varying degrees, and described the internal and external changes and accumulation of disability, that occur in the patient throughout the course of the disease. Peripherally initiated inflammation dominates in early MS whereas later stages are characterized by the central nervous system (CNS)-compartmentalized inflammatory responses and CNS degeneration.

With the help of scientific data, Dr. Taoufik explained how to identify the underlying disease even before clinical symptoms and asynchronous progressive MS hypothesis. It proved that earlier treatment after MS diagnosis reduces the risk of disability progression. His session about the early use of high-efficacy disease-modifying therapies was very informative and he pointed out the barriers to early treatment initiation that delays effective patient management. Apart from this, Dr. Taoufik also spoke about the treatment goals in MS and the current medications. Compared to switching patients, patients continuing Ocrevus had a larger decrease in the Expanded Disability Status Scale score. Clinical trial data provided important long-term evidence of the efficacy of ocrelizumab and the importance of earlier treatment with high efficacious disease-modifying treatments.

Due to the increased number of questions, the webinar chairman has conducted a part of the question and answer session with Dr. Taoufik Alsaadi immediately after his session.

Dr. Caesar Zahka has focused on the role of Ocrevus in people with different types of Multiple Sclerosis.  He shared two case studies to prove the efficacy of Ocrevus in treating Progressive-relapsing multiple sclerosis and Secondary-progressive multiple sclerosis. Case one discussed the condition of A 35-year-old Sudanese man, who consulted the doctor with numbness in the right side of his face and minor paresthesia in the fingertips and toe tips. Dr. Caesar thoroughly explained the diagnostics, symptoms, and the steps he followed in deciding the treatment options. The patient received 3 days of Solumedrol 1 Gram daily that helped in reducing numbness in the tongue and face, but he was still feeling more fatigue than usual. The doctor had a discussion with the patient and his fiancee on disease-modifying treatments and started Ocrevus. The sensory symptoms have decreased markedly after the application of two doses of Ocrevus.

The second case study has discussed the situation of a 51-year-old Jordanian American woman diagnosed with Progressive-Relapsing Multiple Sclerosis (RRMS). She had her first attack 7 years ago, with paraparesis and gait deficits, involving more the left lower extremity and another attack causing increased weakness in the lower extremities, with mild left upper extremity weakness in the same year. Dr. Caesar explained her condition and treatment history and said that he started with Solumedrol, Osteocare, Vitamin D, and Omeprazol along with routine tests. According to him, Ocrevus is the only treatment approved for primary progressive MS and the best choice for delaying disability progression in people with PPMS. He said that Ocrevus continues to be the most prescribed medication to reduce inflammatory disease in people with active secondary progressive multiple sclerosis (SPMS) among U.S. neurologists.

After the interactive question and answers session, Dr. Suhail Abdulla Alrukn has expressed his appreciation and sincere gratitude to the members for facilitating the webinar.